But is it Organic?

I just read an article in the local paper, concerning the top restaurants in the area, and I have to tell you something! Some of these menus sounded as if they'd be more suited to a cauldron than served on a plate. 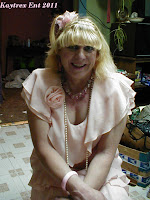 I guess being a simple palatted person of Pennsylvania Dutch heritage and tastes is a big money saver! Don't even know if I'll be able to choke down my chicken pot poi, after going through that list of incredibly gross sounding cuisine. I want to eat it, and not be entertained by my food. The only time I would want a quail egg with my steak, would be two of them, over easy, on the side with some hash browns and toast for breakfast.

But don't get me wrong, that's just me, and I have no issues with the sophisticated palate. That guy on TV said that the rat on a stick from some street vendor in Cambodia was to die for! Just saying, 'Better you than me'. I used to fish off of a pier in Long Branch, NJ, using squid as bait. Why on earth would I want to eat something that I've been using as enticement to land a better dinner? If you don't grab yourself a trout, you certainly don't go home and sautee that little jar of salmon eggs and serve them up in an exquisite 'comcecomplae' sauce. It's BAIT!  One of my favorite things concerning life in America,... we have plenty of REAL food.

Which best describes your reaction to reading my stuff?

Other fun places, some of which I amf eatured on

kaytrex
Sorry for the impasse folks! I am no longer using photos that I find on people's personal sites, because it seems as if none of these TG women want to be featured. So until I can find some volunteers that will allow me to use their photos, I'm kind of limited for material.